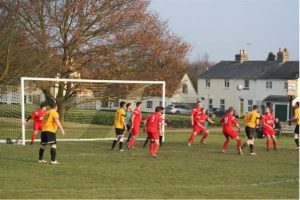 Barrington Football Club are proud to be one of the oldest teams in Cambridgeshire, having been founded in 1893. Their home games are played on the village green, which is one of the most beautiful locations in the league.

For a full information about the fixtures Click Here